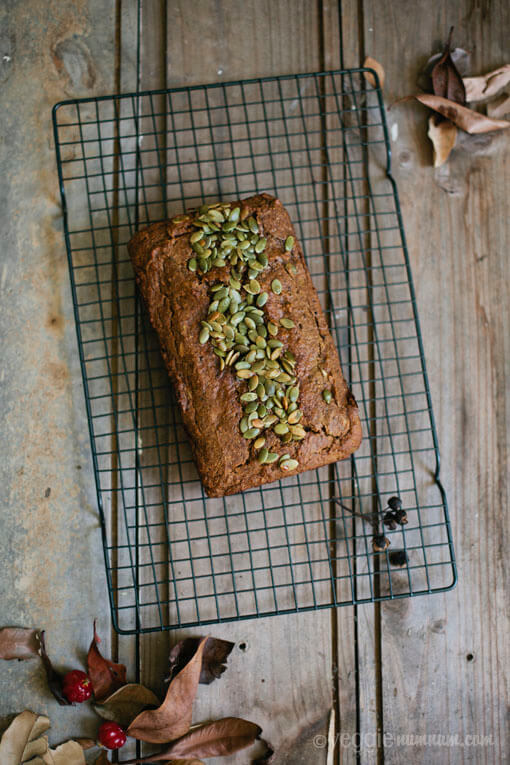 I recently had the opportunity to take a peek at a wonderful new book that’s all about helping families get back to real food – it’s called The 52 New Foods Challenge by Jennifer Tyler Lee. Packed with more than 150 great recipes, featuring lots of different fresh and wholesome ingredients, the book also offers a wealth of information on healthy eating as a family and engaging your kids with eating and cooking fresh and wholesome foods.

This is the kind of stuff that gets me excited – new ways to help people discover the joys and lifelong gains of adopting nourishing eating habits and raising your kids to understand the benefits of enjoying healthy whole foods.

The 52 new foods challenge is a fun and practical way for families to try new foods, together. Each week you try something new – kale, artichokes, quinoa – follow the recipes and engage with the fun activities designed to inspire kids in the kitchen and get them excited about real food.

So today I am sharing a Veggie num num version of Jennifer’s Pumpkin Bread recipe and hopefully uncovering a new way to get my little one eating pumpkin too.

This pumpkin rye bread recipe is sugar free, dairy free and egg free, packed with nourishing seeds, and delivers a soft, dense, indulgent bread with a lovely subtle flavour from the rye. It would make a nice breakfast treat, morning snack or even dessert. For something a little special I served this vegan pumpkin rye bread topped with coconut yoghurt, pecans and a drizzle of maple syrup – it was amazing!!

The 52 New Foods Challenge is a fantastic book packed with practical information, delicious recipes and lots of fun inspiration to get you and your kids into the kitchen and enjoying creative, delicious meals! You can ORDER a copy today! 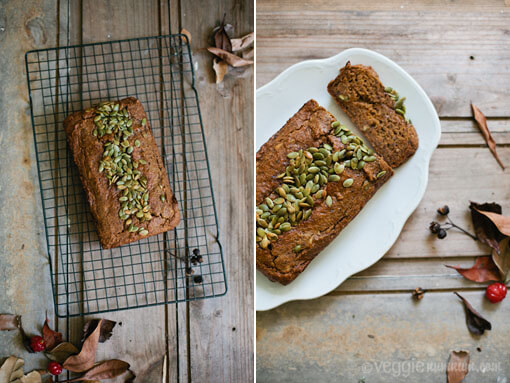 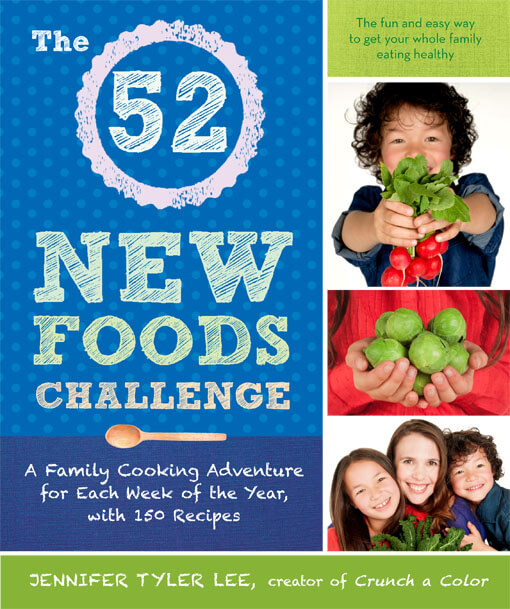 Peel, seed and chop the pumpkin and throw the pieces in a roasting tray. Drizzle over a little neutral flavoured oil like sunflower or rapeseed, toss well to coat, and then pop in the oven for around 30-35 minutes until soft. Remove from the oven and set aside to cool before transferring to a blender or food processor to blend until smooth. Set aside.

Meanwhile combine the chia seeds with ½ a cup of water and set aside for around 10 minutes, until it forms a gel.

Make the topping by tossing the pumpkin seeds with the coconut oil and maple syrup and set aside.

Throw your pitted dates into a blender or food processor with 1-2 teaspoons of water and blend until finely diced and they form a paste.

Transfer the blended dates to the bowl of a stand mixer (or using a hand beater) whisk the dates with the prepared chia gel and the ¼ cup of coconut oil until well combined. Add the coconut yoghurt and 1 cup of your prepared pumpkin puree. Whisk again until well combined.

Into a separate bowl sift the flours with the ground spices, baking powder and baking soda. Add the seeds and stir until well combined.

Add a third of the flour mixture to the pumpkin mixture and fold until combined. Add the remaining flour in two more batches, folding gently between each, until combined.

Pour the pumpkin bread mixture into the prepared loaf tin and sprinkle over the prepared pumpkin seeds. Place in the pre-heated oven for around 20-25 minutes – until golden on top and a skewer inserted into the middle comes out clean.

Allow the pumpkin bread to cool in the tin for 10 minutes before turning out on a wire rack to cool completely.

To serve, slice the bread into thick pieces and top with a dollop of coconut yoghurt, a scatter of pecans, and a drizzle of maple syrup or honey for something a little special. 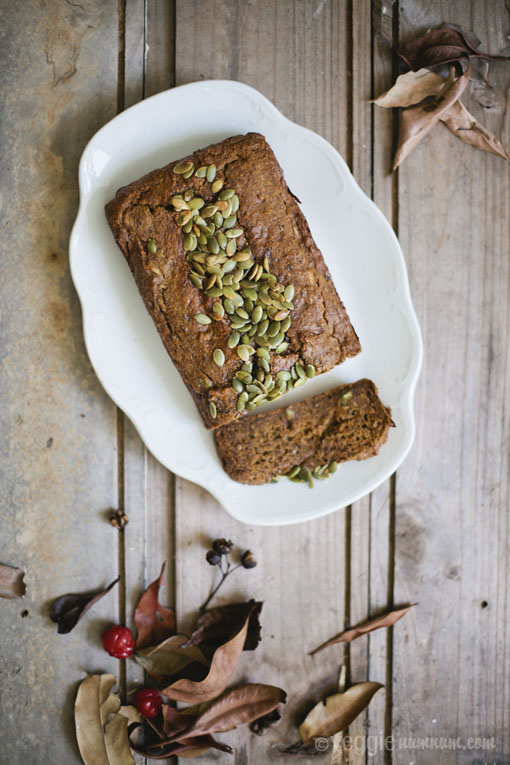 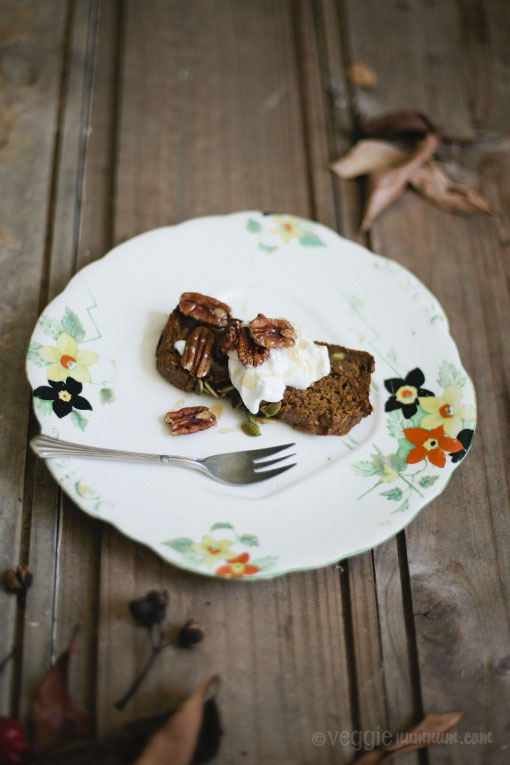 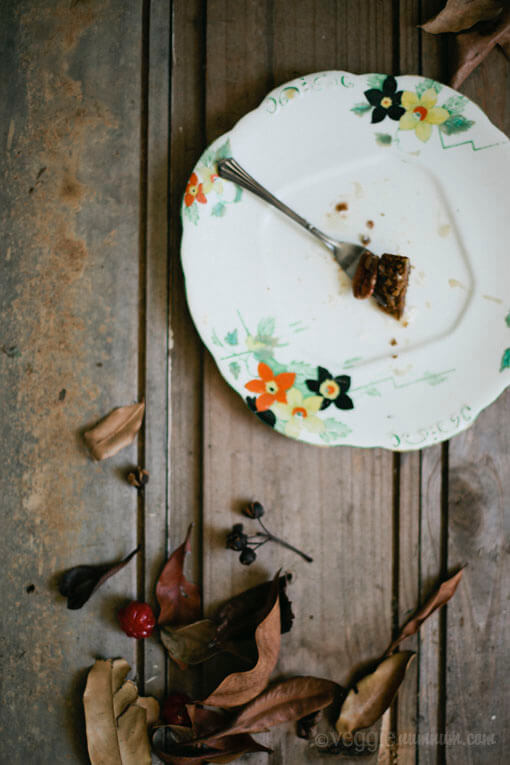